The Woes of Owning an E39 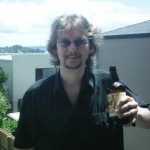 This is quite a long post. I hope you don’t get bored reading this but I would recommend getting yourself a drink and going for a pee before starting.

When I first bought my E39 I thought it looks great, it sounds great. This is going to go for ages without needing any work. It had been given an MOT by the dealer I bought it from. As part of the MOT it needed two new rear tyres so the dealer sorted these out. All great I thought.

I should have known in the first hour of ownership that this was going to be a different experience to what I thought. Within the first hour we were driving around and heard a thud and then a scraping sound. Me being a bit deaf thought it was just road noise but the wife and kids said that it was something more. I pulled over to find the under tray had fallen and was scraping along under the car. A quick pull and it came away and went in the boot. At least the touring has a rather large boot for storing the bits that fall off 🙂

Nothing else could be wrong I thought. I had picked up the car on a Friday so I had all weekend to play and drive around and fall in love with my new (to me) car. On Saturday everything was well with the world and I quickly grew to love my car. Then, on Sunday, the alarm started to go off randomly and it refused to start. In fact after trying it a few time a got nothing. Nada. Not even trying to turn over. A quick call to the breakdown people and within the hour they were looking under the bonnet and jump starting the car. It took the breakdown van and a booster pack to get it started. That is some serious power needed to jump start one of these monsters.

Once it was started the breakdown chappy pulled out his multi-meter and diagnosed that the battery was kaput. Oh well I thought. Time to get a new battery. I knew this would not be covered under the month warranty I had with the dealer but thought I would chance it and email them with the things that I had noted so far and the fact that the battery was knackered. The dealer came straight back to me and was very apologetic and said that he would come round to my house the next day with a new battery, even though this was indeed not covered by the warranty.

The dealer came round as promised and brought the biggest battery I have ever seen. Due to the battery being real dead by now I was unable to get in to the boot via the normal method of opening the tail gate. A quick rummage with the back seats and a crawl in to the boot and I found the battery. What I and the breakdown man both failed to do was to actually go look at the battery. What I found was that the negative cable on the battery was loose and had virtually fallen off. Oops. Saying that, the battery that was in the car was much smaller then the new battery so it was quickly swapped out and the car fired straight up. All is well with the world once more, the birds are chirping and the woodland creatures are polishing my wheels. Oh joy.

However, the alarm is still randomly going off. A bit of Googling showed this to be a common fault with the switch sensor under the bonnet. Unclip the sensor cable and hey presto. No alarm going off. Woo hoo. I must get around to finding a replacement sensor.

Sit back and relax. There could be nothing else wrong could there?

Up until now I had not really played with the stereo, preferring to listen to the quiet purr of the engine. The wife found that the stereo had a cassette player and spent an hour or so digging out all her old cassette tapes of the 80’s top 40 faithfully recorded over many years from the Sunday chart show on Radio 1. She was positively delighted to find the cassette player worked. We were not so delighted to find that the volume knob on the stereo had a mind of its own. When you turn it up it would go quiet, if you turn it down it goes to max volume. You never know what is going to happen when you turn the knob (I know you’re sniggering now, queue the remarks). The volume controls on the steering wheel work fine so not a big issue. My OCD kicks in though every time I glance over to the stereo. I just know it doesn’t work as it should and it bugs me. Off to Maplins and got some circuit board cleaning spray. Spray a little in. Hey presto. Works a treat. Until it drys out and then goes back to not working. Doh !!!. So, this can only mean one thing. The potentiometer. First thing to try, dry joints. So, after once more using Google, found how to take out the stereo and the next thing, it is in pieces on the work desk, soldering iron in hand. A little bit of heat and back in to the car. Looks like that did the trick. Well, it did for a couple of months. Performed the same trick again and same thing happened. At this point I am thinking I either get a replacement or I go for an Android unit. The wife loves her cassettes too much so the Android is out the window. The hunt is on for a replacement that is FULLY working. Hard to find one of these C53 flat pin units that is working perfectly.  The search continues…

Everything is now working  and every day I find something else to love about the car. By now I have also found the E39 Club UK on Facebook. A great club to be a member of. I hear on the club about a recall for the drivers air bag and get in touch with Sytners in Sheffield. They confirm that my car is one that requires the updates and they duly book me in. When I get the car back, they provide a little video of an inspection they carry out. Well, I thought my car was great. Turns out it is not so great. A list as long as your arm of things they have found underneath. Admittedly some of this is easy stuff, break line rubbing and needs changing, etc. Water pump on its last legs. ooh . hold on. that one sounds a bit more serious. Sytners is really helpful and say that they can book me in to have all the works done and for the very reasonable price of £££££ per hour. I believe they said it was in the region of £150 per hour but that can’t be right. Anyway, a lot more than the £20-30 my local garage charges me.

I take the little video to my local garage and they say that the first thing to do is throw away the video. They will take a look around. Yep, they find a few bits and off they set to fix everything. The list ended up looking something like : –

Whilst it was in the garage I also had them replace all the struts for the tailgate and tailgate window. This cured the hydraulic tailgate not going up without a helping hand. It now works as it should. I also had a couple of holes in the front sports bumper plastic welded and painted. Cant see that there was ever a hole there now.

Now all is certainly well, surely. Well, up to now, apart from some bodywork that needs looking at (and will be after a visit to the body shop next week) it is.

The car has now done over 10,000 miles with me in the last 13 months and on top of the items noted above it has had new front tyres, a new key from Sytners (I should tell you all about that fun some time),  a replacement air bag sensor in the passenger seat (an eBay special for that one). I have also spent money on LED Angel Eyes (cheap ones that last for about 3 months before stopping working) and HID front lights. I’ve had the front headlights refurbished so they look new again.

It passed its first MOT with me with flying colours. Yay!!! I was so relieved.

So, ownership of the E39 has not been cheap. In fact I have spent as much on the car now as I did on buying it and by the time it comes back from the body shop next week, the costs will have increased even more.

Thanks to an invite from Radu at BMW E39 Club UK the car was on the club stand at Santa Pod for the BMW Show. This has to be one of the most exciting moments I have ever experienced (apart from first kiss, first rumpy pumpy, house, marriage, kids, etc. Ok, so it is down the list but it’s still up there)

Whatever car I would have bought at the age of the E39 there would have been issues That is just a fact. With this car though you get a lot of car for your money. You get a great drive and a car that you can never ever want to sell because they are just THE BEST CAR EVER !!!!